Home iPhonia Apple Watch Apple Watch and Domotics: a video shows up what you can control...
iPhoniaApple WatchCasaVerdeSmart

Apple Watch and Domotics: a video shows up what you can control right now also with your voice

If you are waiting for the news from WWDC regarding HomeKit and the developments in Smart Home control by Apple you’ll be happy to know that you can use Apple Watch as a controller for hundreds and hundreds of devices already on the market thanks to Z-wave, a Z-Wave Gateway and a third-party iPhone applications that connects to the Apple wereable.

VeraEdge from Vera Systems is a someway “open” gateway since you can control it not only directly from your Mac or PC or Web but also with third party mobile applications like Veramate.

The developers from Veramate have realeased a new version of their application that “publishes” on Apple Watch all the devices  you have connected to the gateway together with their current status, the rooms they are linked to and the scenarios you have set before. The organization is similar to the one described in HomeKit specifications and could be like a preview of what you will probably find a Home control application from Apple.
Futhermore Veramate application for Apple Watch uses also Siri as a sort of “bridge” for setting devices and on and off and especially for calling pre-set scenarios you have organized on your gateway: switch all the lights off, set up an alarm mode, check it windows are all closed or prepare your living room for a movie night.

Probably HomeKit will get a smarter access to voice control and you will probably speak a direct voice command like: “Ehy Siri, switch off patio lamps” without passing trough an application and the mic icon link but in the video you can get a glimpse of how easy is, right now, to control your home directly by your wrist, wherever you are in the world. 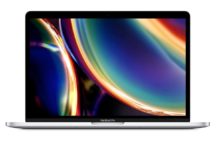 I primi dieci trucchi per iOS 14

This website uses cookies to improve your experience while you navigate through the website. Out of these, the cookies that are categorized as necessary are stored on your browser as they are essential for the working of basic functionalities of the website. We also use third-party cookies that help us analyze and understand how you use this website. These cookies will be stored in your browser only with your consent. You also have the option to opt-out of these cookies. But opting out of some of these cookies may affect your browsing experience.
Necessario Sempre attivato

Any cookies that may not be particularly necessary for the website to function and is used specifically to collect user personal data via analytics, ads, other embedded contents are termed as non-necessary cookies. It is mandatory to procure user consent prior to running these cookies on your website.