Peter Mehring, as of today chief of Engineering at Echelon, specialized in networking, will probably take the place of Tim Bucher, who has left his role as the chief of Macintosh hardware.
The news comes from a letter of Peter himself to his collegues announcing his next destination and job: Cupertino, engineering Mac products.

The hiring of Mehring (discovered by one of our fellow readers, Sasaki Fujika) as Bucher’s substitute isn’t so surprising, since he has always played a major role in the applicated hardware engeneering world with a Mac specialization as well.
As his profile at Echelon tells he was “the founder, general manager and VP of research and development of Umax Computer Corporation.
At Umax Computer Mr. Mehring was instrumental in the formation of the company and in the development of the company’s Mac OS compatible systems.
Prior to joining Umax Computer, he held engineering management positions in computer system and microprocessor development at Radius, Inc., Power Computing Corporation, Sun Microsystems, Inc., and Wang Laboratories, Inc. Mr. Mehring holds a BSEE from Tufts University.”

Umax and PowerComputing were the main references in the Mac clones business before Steve Jobs’ comeback and subsequent production licence cuts.

Also remarkable is that Echelon, a traded firm whose logo echoes a little the old colored multistriped Apple’s has been founded by “Mike” Markkula, who was Apple’s father, with Jobs e Wozniack in the Seventies. 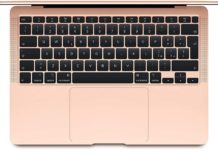