Harsh living conditions and a very strict work organisation, but also far better conditions than in other factories, to the point of making it one of the most desirable jobs in the region. It’s a picture full of shadows that of the two italian documentary makers on Foxconn workers, the Chinese giant that manufactures Apple devices (amongst other brands), and that has recently been under the spotlight for the working conditions debate. A succession of portraits showing a more complex reality than the one arrived these days on the western media. Apart from its quality, this documentary shows a social context made of huge industrial suburbs and young migrants uprooted from their villages, who tell us of a social issue that cannot be understood by simply judging in favour or against Apple.

Adding fuel to a fire that had not yet entirely subsided, ABC made a reportage on working conditions at Foxconn a couple of days ago; this was only the last one of the many media reporting on the condition of Chinese employees who produce iPhone and other Apple devices (but also for other companies such as Nokia, Microsoft, Dell and others) which have been at the centre of violent controversies. Again, given the same images by the ABC journalist Bill Weir, commentators have split into two parties: on one hand, those who denounced the dark and cynical side of a company that in the name of profit does not care to exploit hundreds of thousands of workers in emerging countries; on the other, those who supported Apple pointing out that working conditions at Foxconn are far better than elsewhere in China. Yet this is just another effect of the halo of media mystification that has always surrounded Apple, made even bigger as this time it is not just about discerning whether rumours on a new product are reliable or not. This time it is about making judgements on issues that relate to ethical globalisation and social justice in a context – not only the American one, but also ours – where the very public debate on labor is at the heart  (and thus the clash) of the political agenda.

To try to dispel some of this fog, we turned to Tommaso Facchin, a young documentary film maker that one year ago, together with Ivan Franceschini, researcher at the University Ca’ Foscari in Venice, made a documentary titled Dreamwork China on the workers at a factory in Shenzhen, an industrial metropolis in the Guangdong region built around the new factories. At that time, the case of the high numbers if suicides in the Foxconn factories had erupted in the western media. “Dreamwork China is not a documentary on Foxconn or Apple or on other western brands that manufacture their products in China – says Facchin -. We were interested in the work dimension in a broader sense and we wanted to tell a story on the new generation of migrants, those born after the 80s. Foxconn workers are the first ones we came across. We got to know young boys, many barely in their twenties, who were moved by a burning desire for success, and left behind their countryside roots to seek work in the city”.

Interview after the the excerpt of the documentary

Some western media tend to give us an image of Foxconn presenting it as a XIX century factory similar to those described in Dickens’ novels. Is this the reality?

“We were not able to enter the plant. From testimonies we gathered, we can say that it is a factory where pressures is definitely very strong, while personnel management methods are very hard. We must say though that almost all workers prefer it to other smaller factories where salaries are lower, benefits are minimal and guarantees poor. In the rest of our trip, we met with workers who do twelve hours per day without counting overtime and don’t get rest days nor permits at all”.

The documentary is a gallery of portraits of the children of the new Chinese industrial revolution. But what is the true face of these young people? Who are these people reports on Foxconn speak about?
“Foxconn workers we met lived mostly in the dormitory suburbs outside the Guanlan plant. Their life is made of work, sacrifice, and disorientation. A not easy life that is nevertheless faced with very strong motivations. They are all convinced it will be a transitional phase, a first step towards self-realisation, towards an improvement in their own conditions and those of their families. Their moments of rest are similar to those of their peers in other parts of the world: they shop, play on the computer or surf the web, they try to spend time with friends. Surely, the environment that surrounds them is not an easy one: we are talking about industrial suburbs made of residential tenements which are built one after the other, in an infinite sequence, with hundreds of thousands of people who live there just to work. Distance from the household, disorientation, the exclusion from the city, economic insecurity, insufficient security protection are among the elements that make life so hard for migrants in China, and among the causes that may have led to suicide”.

What does it mean for the West to reflect on the conditions of these workers?
“The impression we got during the months we travelled around to present our documentary both in Italy and abroad is that perhaps, after all, here in the Western world we are not really interested in Chinese workers rights, nor in the conditions in which they work or the social dimension they face. Media here are only interested in talking about Apple and Foxconn in an infinite loop, as if China working issues were limited to this. If this helps to get attention, that’s great, I would say we have succeeded. But maybe the time has come to broaden the spotlight and put forward some questions, such as for example some on Italian companies which have outsourced in China. Do they comply with the minimum wages established by law? What kind of protection do they offer to their employees? What are the working hours? Do they respect the Chinese law on employment contracts? 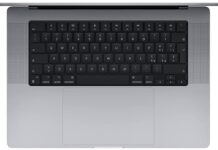 Redmi 10C in offerta, lo smartphone per i giovani a meno di 170 euro

Mac in crescita nel 2022, tempi duri per i PC Windows