Italian Gestures: the first t-shirt line based on an iPhone App

The first T-shirt line based on one iPhone application is going to capture the clothing market but, unlike you might expect,  this is not an American product. “Italian Gestures”, the T-shirt reproducing the typical Italian gestures, was created by Giovanni Pasquini,  developer of the App store application that shows to the Italian and international public the typical gestures of the Italian expressivity, describing the origin of each gesture and illustrating their use.

From the web to the clothing line it was just a short step, at least inside the hyperactive mind of the designer who, on the wake of the success gained on App Store, imagined further expansions and possibilities. In one year of hard work, he organized a team taking care about everything: from the T-shirt design to the web site, from the packaging design to the book presenting the project, from the T-shirt sample book to the distribution, up to the presentation of the completed product. Now the T-shirts are ready to be officially launched into the market.

Pasquini has created what we can call a real “virtuous circle” that – on one hand – sees the application promoting the clothing line, which – on the other hand – promotes the application: a continuous loop aimed to increase the interest for the whole project; from the virtual phase where the NVC (No Verbal Communication) is illustrated (by the breezy skill of Giacomo Santerini) and described (by the patient research of Antonella Cistulli) in a software (designed by Pasquini himself), up to the production of real items illustrating by pictures the philosophy of the communication from which the gestures were born and for which they are proposed to the public.

Week after week, the initial idea was expanded in a real dictionary of gestures, originated by an extensive and careful bibliographic research,  which Antonella Cistulli focused with enthusiasm and curiosity (Desmon Morris, Paolo Balboni,Theodore Brun, Paola Celentin, Alan Chapman, Pierangela Diadori, Joe Kiff, Bruno Munari and more), combined with a personal revision that suggested the reason of some gestures in a new and original way.

Between the illustrated and described gestures, you can find the thumb and index fingers rubbing together to indicate “money”, or the everlasting horns, good to insult someone, as well as a good-luck gesture, or the open hands moving up and down to express “What a pain!”. The application contains almost sixty gestures, among the most common and known: a selection of the nicest, the most meaningful or famous is put on a show with the T-shirts you can buy with the NVC-ItalianGestures trademark, inside a package specifically designed in connection with the iPhone and its applications, in addiction to the QRcode that allows to any iPhone users to read the code with the digital camera and connect directly to App Store, so to complete the virtuous circle we were talking about above.

nside the application you will find also an amusing way to merge the pictures in you library with the cartoons reproducing jokingly some of the proposed gestures, which can be shared using the most famous social networks.

T-shirts are for sale in assorted colors and sizes from S to XXL: anyone will be able to make a choice between the T-shirts to be worn,  following his/her mood or personality, so to arrive to a real collection.

There six subjects in different colors available at the moment, and for the launch days they are offering a special on-line promotion (it’s a first limited edition, with a unique number on the label) allowing you to select one between six different gestures in white, black, mélange grey, burgundy, blue or green. Each T-shirt will be sent with the original packaging dedicated to the application.

Here below you can see one of the Italian Gestures T-shirt worn by famous italian stand up comic Paolo Migone, during one of his performance: one who knows the actor, knows also that he is showing a mood fully fitting his kind of performances… but you can see also the Juventus’ soccer player Marco Motta, the tennis player Filippo Volandri, the olympic champion Aldo Montano,  the TV analyst Morena Funnari Zapparoli and more. 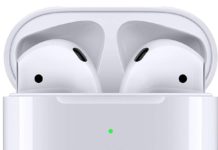