AppleStore in Rome will open at the end of March

The first AppleStore in continental Europe will open it’s doors on month later than pre-scheduled opening of the Roma-Est shopping center where it’s hosted.
The works for the major road adduction leading to the shopping center are late and before the second half of March there’s no way for a large public to reach it from the Highway that connects Roma-Est to Roma.

It’s also confirmed that the Official AppleStore will be not the only Apple related selling point in the mall, a big Mondadori Informatica retail shop will open it’s doors at Roma Est selling Apple goods and accessories together with a large selection of book on IT and Mac/iPod: Mondadori is the largest publisher and reseller of books and guides on the matter.

A choice that could sound strange to people who are concerned about the side effects of Apple’s own presence against former local retailers but there are good reasons to use this precious neighborood.

More news on the current works at Roma-Est Mall will be published on this page of Macitynet and will be added in the next few hours/days.

– The italian version of this news is on this page.
– La versione italiana della notizia è su questa pagina. 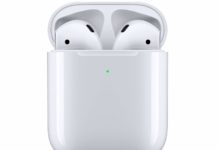